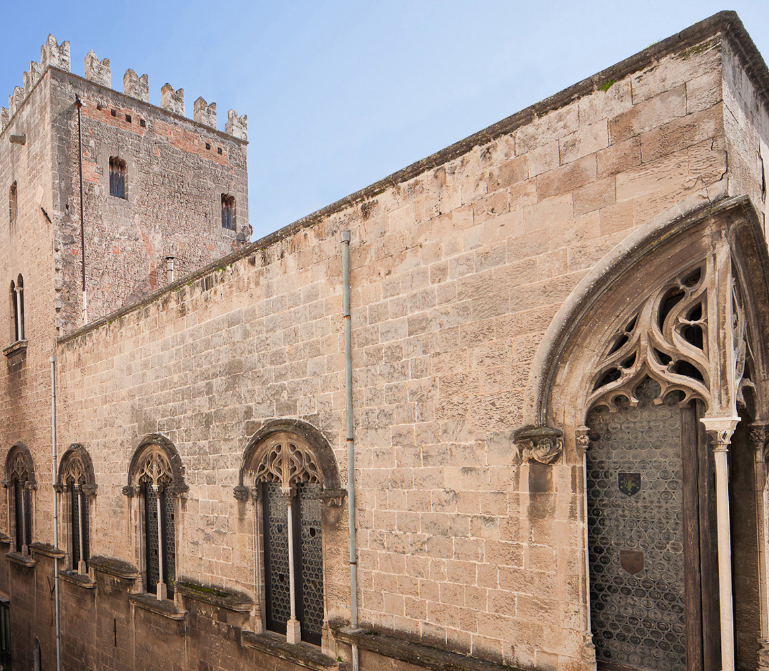 In the second half of the Fifteenth Century Antonio Termine, powerful aristocratic, fixed his residence in Via Bandiera, promoting the building of an impressive castellated palace with an high tower. The Praetor’s residence soon became a reference point for the people of Palermo; even the presence of the flags that stood on the tower, for centuries one of the highest in the city, gave its present name to the road.

In 1748, the prestigious Gothic building is sold to the Marassi Family, Dukes of Pietratagliata, who decided for first to restore and expand it (entrusting Francesco Ferrigno, the famous architect of the Sicilian Senate, with the task of it) and then, in 1762, to renovate it stylistically, according to the fashion of the time (commissioning Giovanni Del Frago, a leading architect in the Rococo of Palermo, to do an important decorative work, and Vito D’Anna, the most important painter of the eighteenth century in Sicily, to execute frescoes on the ceilings).

In 1808, due to the sudden passing of the last Duke Marassi, his only daughter Maria Cirilla inherited the palace and brought a dowry of it, with the ducal title, to her husband Luigi Alliata, the third son of the Prince of Villafranca.

Then Fabrizio Alliata Duke of Pietratagliata, his descendant, decided to renovate the building facade and the interiors with the Neo-Gothic Style intervention that gave a new elegant neo-medievalist style to some areas of the existing building.
Other important figures of the artistic Sicilian culture are the protagonists in this last intervention, among which three architects: Ernesto Basile (undisputed protagonist of the Italian Modernism, author of the Montecitorio Parliament in Rome); Francesco Palazzotto and Francesco Valenti.

The grandeur and severity of the main facade, passing the great the portal, is mitigated by the inner courtyard made lush by the vegetation that covers the walls.
Reached the main floor you are greeted in a warm and welcoming entrance hall, adorned with a decorative wooden, where stands a spectacular scale. From this room you lead to the large fifteenth-century hall, extraordinary example of Neo-Gothic leduchiano style. Moving on, we pass from the fifteenth to the eighteenth century, introducing in the first of the three environments markedly Rococo that welcomes us in a blaze of stuccos, gilding and frescoes by Vito D’Anna (1760). In the grand ballroom there is a stunning glass chandelier made in Murano Ca Rezzonico (‘700) that has 99 arms, the largest in Europe, which is the precious ornament to the magnificent vault frescoed by Vito D’Anna and to the fine floor covered in Neapolitan majolica of the eighteenth century.

The current owners, Biagio and Signoretta Princes of Baucina live in the palace with their two children, and with great passion and meticulous dedication have given back to the palace that splendor perpetrated over the centuries.
The Princess personally receives the guests.